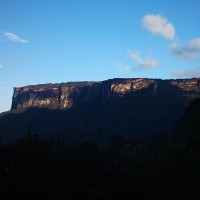 The Tepuys are mountains with a very particular shape, they have vertical walls and a relatively flat top, which resembles a large table. These mountains are the oldest sedimentary rocks formations on the planet; its origins dating back to the Precambrian, when there was no life on our planet.

The name comes from a voice of the Pemon indigenous language, which means mountain or house of the gods. The tepuys are isolated individually instead of being part of a range of mountains. The best known are, the Roraima, as the highest and most easily accessible and the Auyantepuy, for having the highest water fall of the world, the famous Angel Falls.

Discover the lost world that is in its top 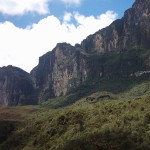 Roraima is the highest tepuy with 2,800 meters. The Tepui surface is approximately 42 square kilometers. This mountain is located in Canaima National Park and is part of the eastern tepuis of Venezuela. The location of this Tepuy is important... 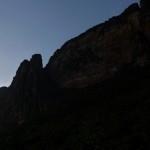 The Auyantepuy is the Tepuy with the greater length on its surface with approximately 700 km2, although it is best known, because of its top falls famous Angel Falls, which is the of highest waterfall on theworld with 970 meters of uninterrupted...

Ideal for those who wants to start to learn about outdoors activities.

Live with us the magical experience of shouting "Summit" on the peak of a mountain.

Experience the thrill of climbing steep and rocky walls.